by Evily Giannopoulos on 19 Feb

With sailors from across the country and beyond in town for the annual Helly Hansen National Offshore One Design (NOOD) Regatta this weekend, stand-out local skippers were a highlight of Saturday’s competition.

Michael Zonnenberg, of the Lightning division, is currently one of only two local skippers leading a class. He attributed today’s first- and second-place finishes to his team’s ability to get ahead early and sail conservatively from there. With a five-point lead over Lightning class legend Ched Proctor, a tight race is expected on Sunday as the two face off for the prize.

In addition to the 13 fleets competing this weekend, Saturday featured an event favored by local sailors who weren’t able to race all weekend but didn’t want to miss the action: the North Sails Rally. Crews on boats of any size had the opportunity to participate in a single, day-long race for special prizes from sponsor North Sails.

North Sails’ Chuck Allen, who joined the rally himself on an Irwin 54 “Patience” with local skipper David Kilycoyne, said it was a good day despite challenging wind conditions.

“Everyone had a ball, and the guys (on “Patience”) said they learned a lot,” said Allen, an experienced sailor himself. ‘David doesn’t usually race his boat, but he is going to Havana next week in the St. Petersburg Yacht Club’s race to Cuba, so today was a warm up.”

The rally is part of North Sails Saturday, a headlining event at all five series stops that focuses on highlighting local boats. At the evening after party, Allen honored local skipper Grant Dumas with the North Sails “Boat of the Day” award for exceptional performance on his Tripp 38 “Warrior.” 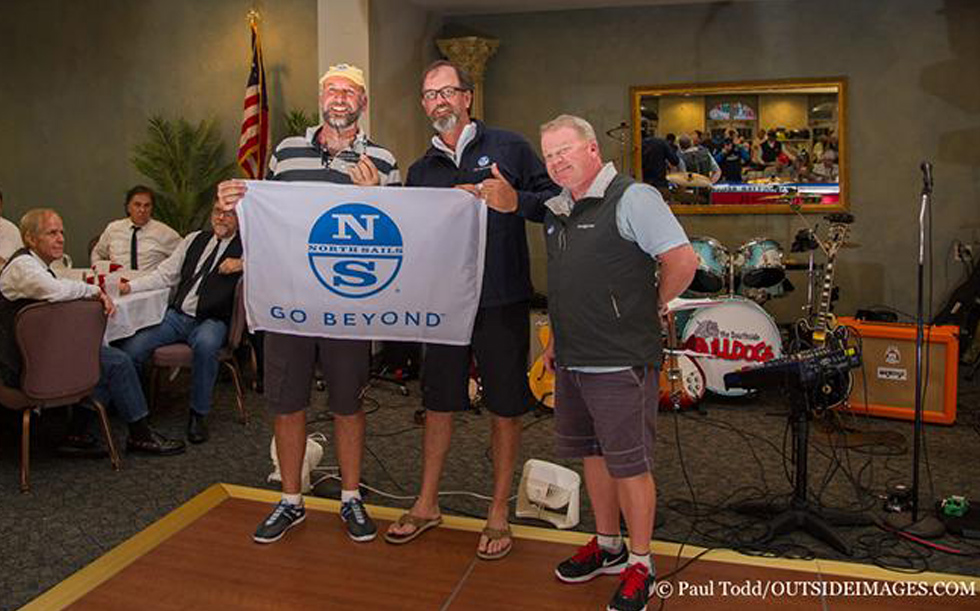 It was another one-race day for the A Class Catamarans, the largest fleet in this year’s regatta. Known as A Cats, these speedy one-person multihulls are part of a passionate community of sailors that typically only participate at the St. Petersburg event on the Helly Hansen NOOD Regatta circuit. Two types of A Cats are competing: traditional “floaters” and fashionable foilers, which feature winglike hydrofoils that lift hulls out of the water to decrease wet area and increase speed.

Matthew Keenan, a New Jersey native who recently reentered the sport on his foiling A Cat “Tug Life,” currently leads the fleet with two second-place wins.

After two days of shifty conditions and choppy water, which make it difficult to keep the boat up on the foils, Keenan said most of the decision-making happens in the moment when rounding a mark, when “you have to decide what gear to go in, whether you want to go full foiling or go low and slow and take your time getting down there.” 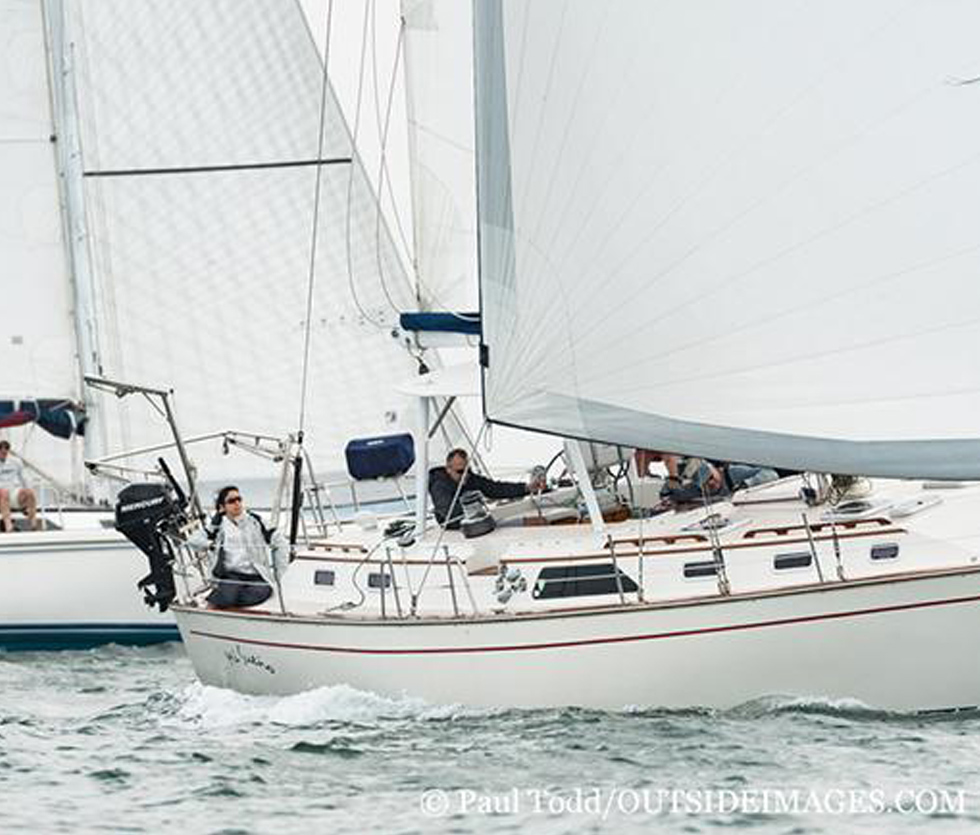 For the final day of racing on Sunday, Keenan said his goal is to keep doing what has worked for him so far. “I’ve been pretty consistent, so I’m just going to get out there and see what comes.”